I was having my Bakso Komplit, at one street  corner of Jakarta,  when she approached me at my table.

Looking at her unkempt self, I knew I have to buy whatever she was selling.

"Berapa?" I asked her. "Lima ribu," she replied.  From her size, I thought she is no older than 7. But may be she is 9, who knows. In any case,  she should not be out in the street at that hour of the night.

It won't cost me much, so I picked up a packet of Bika, and promptly gave her a 10k note (on purpose as I definitely have multiple notes of 5k in my wallet).

She said she did not have the change, and asked if I could give smaller note. I told her, the balance is hers.

You know what happened next; she put another packet of kue - a tepung talam look-alike, on my table. I tried my best to put it back, pleading with her that I am full, and that I could not eat them all.

And she quickly disappeared from the shop. I only managed to take this picture of her leaving. 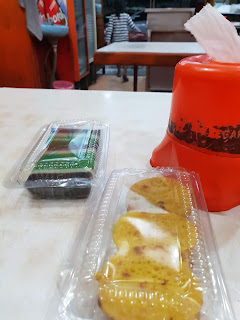 Paying for my bakso, I told the cashier my story. She reiterated what I already knew.  That little girl would never accept alms or charity, and would refuse your money, if you won't take her kue.

She has dignity, unlike many other able bodied men of Jakarta looking for alms that I have met. I hate to be interrupted, while having my dinner, by bad guitar-playing guys singing out of tune looking for hand-outs, but this little girl is in a class of her own.
at 9:22 PM

He remembers those vanished years,
as though looking through a dusty window pane.
The past is something he could see, but not touch.
And everything he sees is blurred and indistinct.

Chow Mo-wan
in Wong Kar Wai's
In The Mood for Love.

Rahman Hariri
Kuala Lumpur, Malaysia
An engineer by profession; at times wishing he had taken up writing instead. He wants more research to be done on time travel to enable him to be a time traveler in his lifetime - to the past, that is; he is not interested in the future. Don't get him wrong - he doesn't want to change the past. He only wants to bring the latest digital equipment like the camcorder, camera and audio recorder, so that he could capture the past in its full splendour!

Fly me to the year

Music to my ears 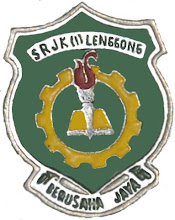